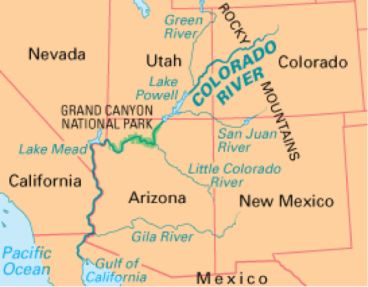 The Colorado River is in one of the most controlled rivers on the planet and is often referred to as being plumbed. Water is taken from the Colorado river through many dams, reservoirs and diversions. In fact there are over 100 dams on the river. There are many benefits to these dams and diversions like creating hydroelectric power, allowing for more crops and consistent water, and providing drinking water to the people. There are an equal number of disparities created by damming the river as well. Some of the issues that are created include: droughts and changing the environments at other points of the river and not allowing equal access to other populations that rely or used to rely on the benefits of living near the river. Knowing that this causes great adverse affects on the lower areas of land that do not get the flow from the river as well as the affect it can have on the people living there is still not enough. There are currently several bids and proposals to create new diversions on the upper parts of the river on the Front Range of Colorado (1). These projects will remove over 300,000 acres of feet of new, this will not only affect the valley near the Sea of Cortez, it will remove this water before it even gets to Lake Mead or Lake Powell.

These changes are not only further marginalization certain populations (Mexicans) it is also reducing the biodiversity of the planet. Due to humans some species in the river are on the verge of extinction (2). One of the reasons is due to the changes being made to their natural habitats and changing the routes and amount of room available. While there are many groups attempted to grow and preserve these populations there are many more still attempting to change and divert even more water. 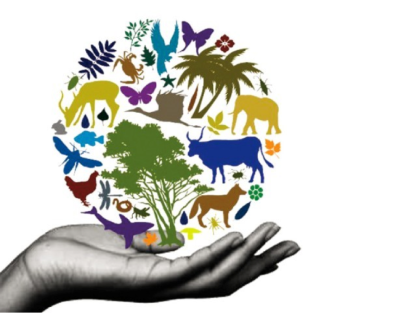 What does this mean for the future? The damming of the river will continue to reduce the wildlife in and near the river due to the changes in natural habitat and change the landscape for people that live and rely on the river. Both of these issues will affect and impact the people and wildlife near the river but the world. Environmental issues are created with the decreasing biodiversity on the planet because there is a balance that is needed for sustainability (3). Social workers must work on educated people to understand the direct impacts it has on the people that are being marginalized. This is a social justice issue that needs to be addressed in order to help the people being marginalized. There is also the call for action as these changes are setting the stage for more social problems and issues for future generations.  There are also the issues associated with environmental injustice affected the marginalized more than populations that are not.  We need to begin to get wiser as a society and global community in order to understand how damming rivers is actually damning the rivers.